When to Develop a PWA? 10 Pros and Cons Before Building a PWA 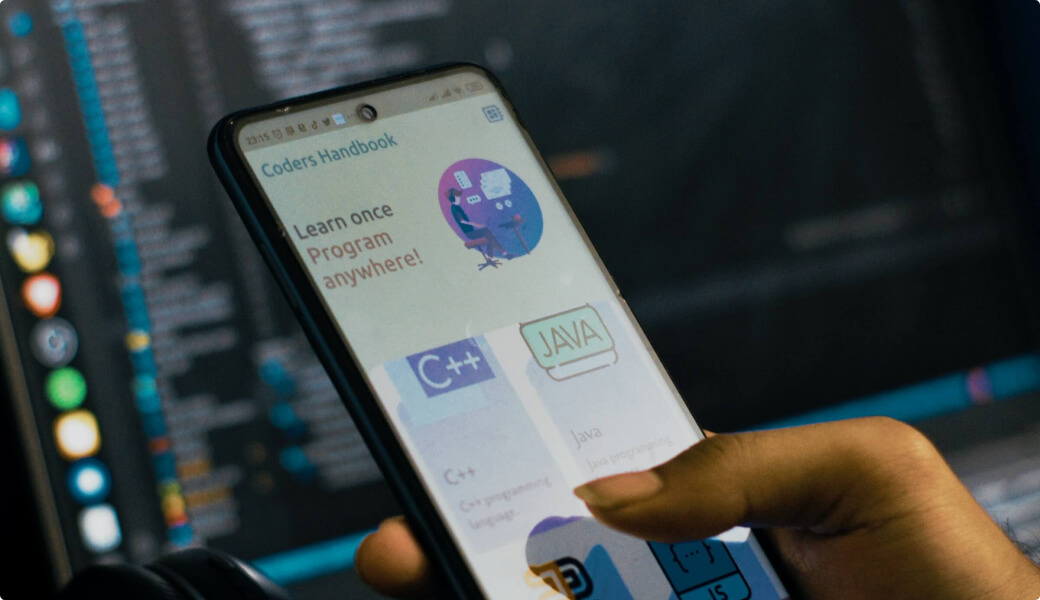 The world of programming and web development has always been a constantly evolving one. But in the last two decades, it has grown at an accelerated pace with new, innovative technologies almost completely replacing the old ones every 6-8 years.

Many analysts predict Progressive Web Apps (PWAs) to be the next big transformative technology in the web app development space, and its market size is expected to reach $10.44 Billion by 2027. Even though the technology behind PWAs is still under development, many companies like Twitter, Hulu, Pinterest, and Starbucks have already released their own PWAs. These companies all report significantly better engagement and conversions after shifting to PWA.

If you’re wondering what a PWA even is then read this to get caught up on the fundamentals of PWAs and learn about what makes a good PWA. In this article, we dig deeper to understand the difference between PWAs and native apps, and when it is time to think about developing your own PWA.

‍Pros and cons of PWAs

Are PWAs suitable for all companies and websites? Not necessarily. Though they have certain advantages and return better engagement metrics, they also have their own set of limitations. When you have to choose between a PWA and a native app, it’s critical to analyze the pros and cons in order to make an informed decision.
‍

‍1. One app for all platforms

One of the critical problems PWAs try to solve is the need for different apps for different platforms and devices. In the case of native apps, companies have to develop separate apps for iOS, Android, Windows, macOS, and other operating systems. On top of that, each time an update is made to the core algorithm, it has to then be reflected in each of the native apps which takes up a lot of the company’s talent and resources.

PWAs are web-based applications integrated into the device through web browsers, so all they use are web-based languages and algorithms supported by most browsers. When users add the PWA to their home screen, they’re actually adding a shortcut to the website along with a style element and a file that manages the background processes. All of these elements work with the browser and not the operating system, which makes the PWA platform independent.

On the other hand, since PWAs are platform independent, you only have to develop one app. You only have to take care of the front-end and back-end of your website, which you have to do anyway—even when you work with native apps. This also reduces the resources required within your company to perform the tasks.

As previously mentioned, companies have to update each of their native apps, but furthermore, users also have to update the apps to reflect the changes on their devices. Generally, it’s not a big issue except when you are still under development or have introduced major changes to your web architecture. Yet, if this does happen, users who have not updated the app won’t be able to use it anymore until they’ve installed the update which can be an obstacle for some users.

On the other hand, PWAs are updated in the background by the browser, and the changes will reflect on the user’s device once you’ve published the latest version of your PWA. All the PWA users get access to and will use the latest version of the app without having to do manual updates or install anything.

Have you ever wondered why many companies that already have great native apps develop PWAs? Well, there’s only one answer: SEO. If your web app is content-rich but you choose to stick with native apps, you risk missing all the organic traffic you can get from high-quality SEO. Native apps cannot be crawled by search engines and hence the content within the app does not display on search engine result pages.

PWAs are web-based apps meaning they have their own front-end website, search engines can crawl them and add the pages to their index. PWA websites tend to perform better on search engines than typical websites because of their incredible SEO performance.

PWAs generally have only three components: HTTPS, a web app manifest, and a service worker. Since PWAs are integrated through web browsers, they don’t need to have as many lines of code as a native app. They use the built-in features of the web browser and hence are much smaller than native apps in size.

As PWAs are built for performance and can cache files, the pages are usually much smaller, load fast, and consume much less data than typical websites. This is a big overall benefit when it comes to Google Analytics.

1. Not all features are supported by many browsers

The technology behind PWAs and their compatibility with browsers are still under development. Yes, they’ll get there in the coming years, but you’ll have to keep compatibility in mind when developing your PWA. You may have to disable a few features, and you may not be able to present your PWAs full potential to your users until some of the compatibility issues have been solved.

2. iOS compatibility issues and lack of access to iOS features

The compatibility issue with iOS is the most limiting thing about PWAs today. Apple is more careful about security and privacy, and so many Android PWA features are not available on iOS. This includes push notifications, installation of  banner displays, in-app payments and much more. With a native app, you have full access to all of these features and then some.

However, PWAs still cannot communicate with other apps, affecting the user experience to some extent. For example, to log in to your website using a Google account, users will have to enter their usernames and passwords manually. With a native app, they can log in with just two clicks if they have logged in to the account on their devices.

We mentioned that PWAs support SEO, but it comes at a cost. PWAs can’t be listed on app stores, so customers will have to find you through your website. It won't be much of an issue if you are already ranking on browsers for your main keywords. But if you’re a startup and your website doesn’t generate much traffic or you don’t have an existing community that will search for your website, it could be a problem that hinders your growth.

PWAs still cannot get hardware access—you cannot integrate Bluetooth or NFC features into your PWA. However, this issue may be solved in the future as technology develops. But for now, if your app demands extensive use of hardware, creating a PWA may not be a good choice.

When to develop a PWA?

‍1. Your app is simple and does not need hardware access

There are apps that necessitate Bluetooth and NFC access to work properly making a native app is the best option. But if your app is content-focused and does not need hardware access, it would likely be better to develop a PWA than a native app. As long as your app doesn't have complex functionalities, the performance of your PWA could be comparable to that of a native app with lower development costs and less use of your company resources.  You also get the added benefits of cross-platform compatibility.

2. Your app is content-rich, and you want to benefit from SEO

If your app is content-rich, whether it is products, videos, or articles, you never want to miss out on the organic traffic. SEO is one of the most rewarding marketing channels, and you cannot benefit from it if you are developing or running a native app. It makes more sense to develop a PWA along with a native app just to benefit from SEO.

‍3. You are still under development or working on the MVP

Are you still working on your MVP, or is your web architecture still under development? Well, in that case, it’s better to go for a PWA. They’re simple, feel like native apps, and are easier to code and manage, which will save you a significant amount of time during development. You can also use your PWA as a basis for your native app development at a later stage.

When starting your own company or developing a solution, it is necessary to make sure you are using the most advanced technology to survive the test of time. Since PWAs are expected to be the standard of web app development in this decade, many companies and websites have started to build their own PWAs.

Thinking about developing a PWA? Here’s an article for you: What do I need to develop a PWA?

When to Develop a PWA? 10 Pros and Cons Before Building a PWA

What do I need to develop a PWA? How can I create one? 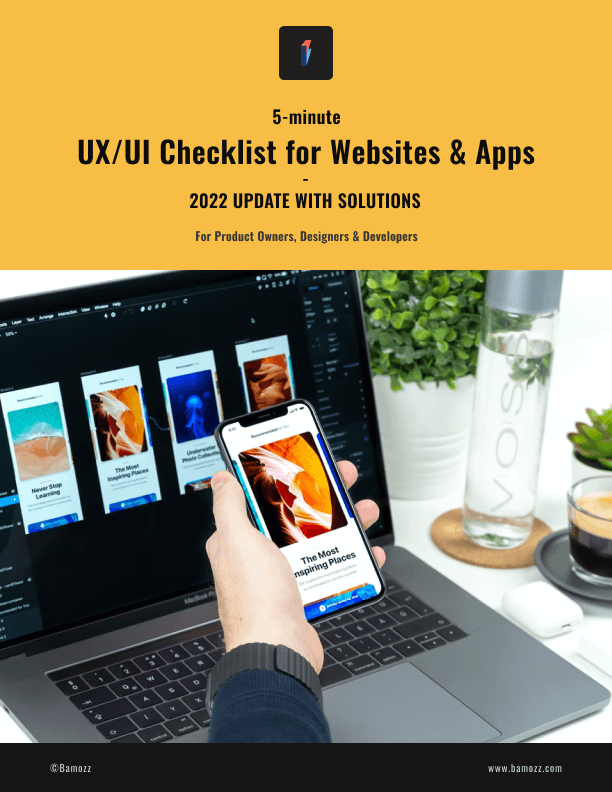 The information collected is used to personalize your experience and customize the content received from Bamozz. By submitting your information, you agree to receive communication from us that might be valuable to you. Your information is secure with us, and you have the option to unsubscribe from our contact list at any time. For more details, please refer to our Privacy Policy.

TELL US HOW WE CAN HELP

By clicking “Accept All Cookies”, you agree to the storing of cookies on your device to enhance site navigation, analyze site usage, and assist in our marketing efforts. View our Privacy Policy for more information.
PreferencesDENYACCEPT